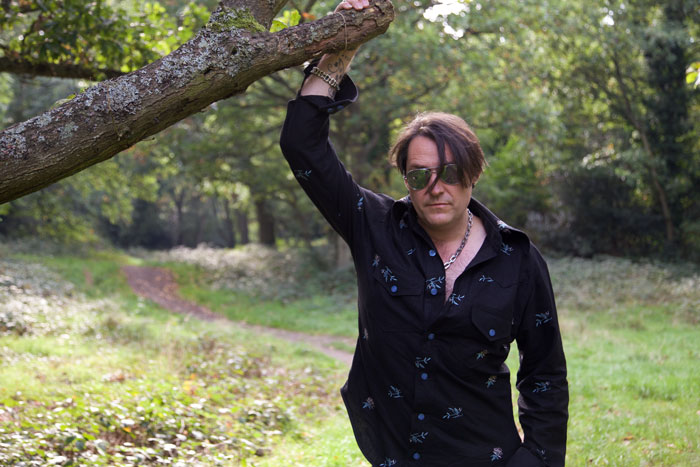 It’s been a while since I made Mr Ooobop something. Quite shameful really for all the lovely photos he takes for me. So I’m delighted to have finally finished his latest shirt. And he loves it, thankfully!

The hardest bit for me was being back behind the camera again. Well out of practice I was. But luckily Dan has more patience than me and was very obliging as I got him to mill around on Barnes common!

This is the third version I’ve made from the same pattern – Butterick 5007 – A 70s men’s western shirt.  The kind of shirt you have to imagine beyond the pattern pic: 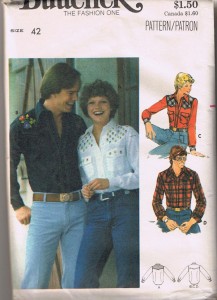 Mr O is quite good at that. Non-conformist to a T for Taurus he is, and believes very firmly that if it ain’t broke, don’t fix it. So all that needed to be altered this time was the choice of fabric. The flowery fabric used in the last shirt I made him was gorgeous but faded so quickly in the wash. Such a shame. So he chose this gorgeous black linen with embroidered details. 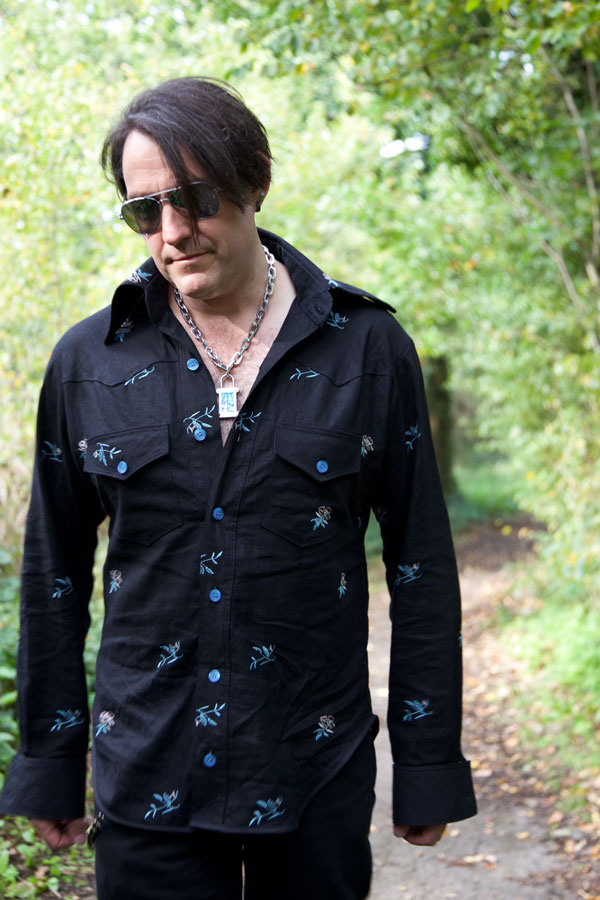 When we came to buy the fabric. I didn’t think I would have a problem with pattern matching because the little embroidered motifs were quite sparse but that’s where I massively slipped up. Didn’t really consider placement, did I…doh!

Placement isn’t really that difficult if you take time and consider each piece and where it’s going to sit with the adjoining pieces, of course, but when you’ve purchased only just enough fabric for the job and it was end of roll, it creates a problem or ten.

You can move the pieces around to work as much as you like but sometimes that ain’t very economical and you end up short of material for all the pieces. Luckily enough I had some spare plain black linen floating around because what was left didn’t leave suitable areas for the cuffs, collar stands and one of the pockets. I also used some of the plain stuff for the underside of the pocket flaps. 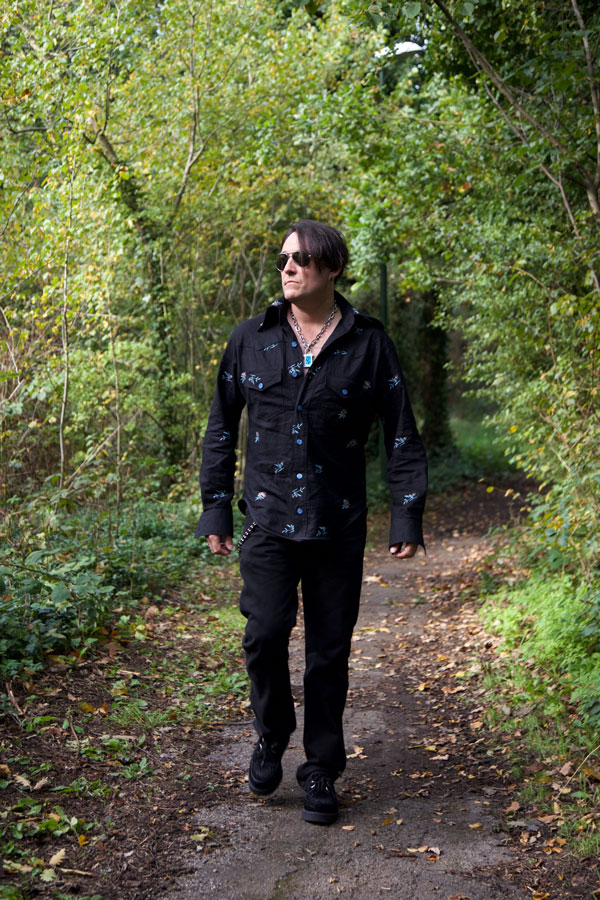 It’s a close-fitting shirt, which required a bit of fitting but that was done on the first version, which incidentally has disappeared from my blog but here’s a pic of it. I just love the vintage Laura Ashley curtain fabric I rescued here. The beard, not so much! 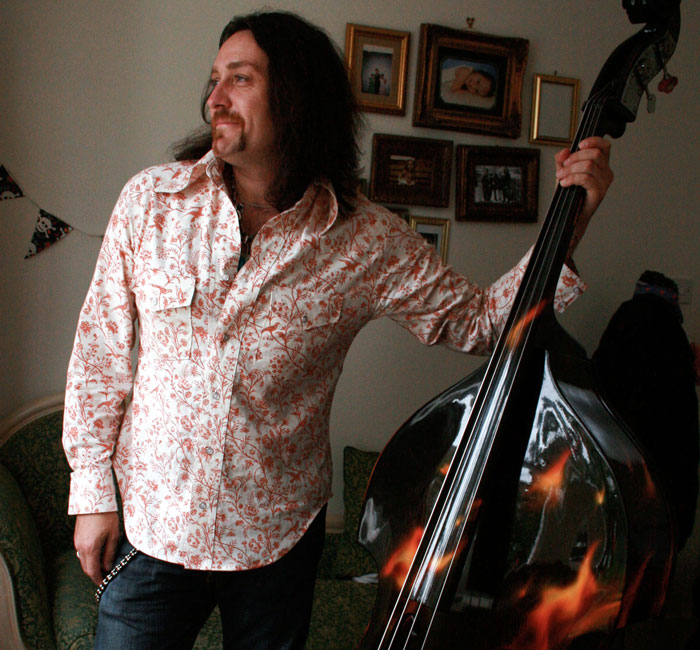 In all cases, the pointed collar is large. He likes it that way. But I did include a stiffer facing this time so it is even more exaggerated!

The back and front yokes are cut on the bias. Fine for the back but I did some serious head-scratching on the placement decisions for the front yokes. In my head I wanted the design flipped and symmetrical. Why my brain couldn’t let it lie I have no idea! 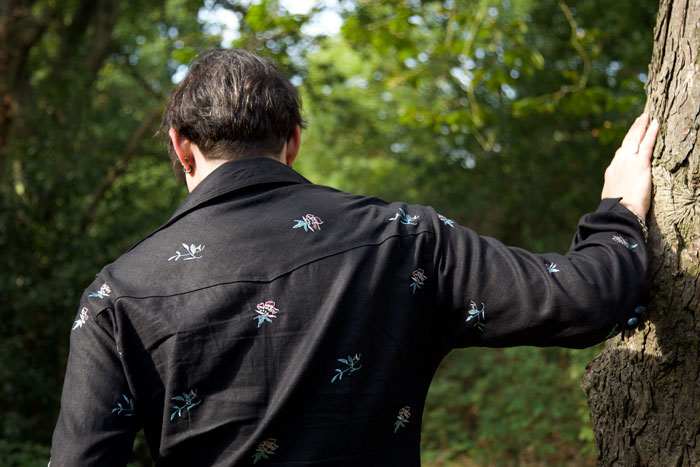 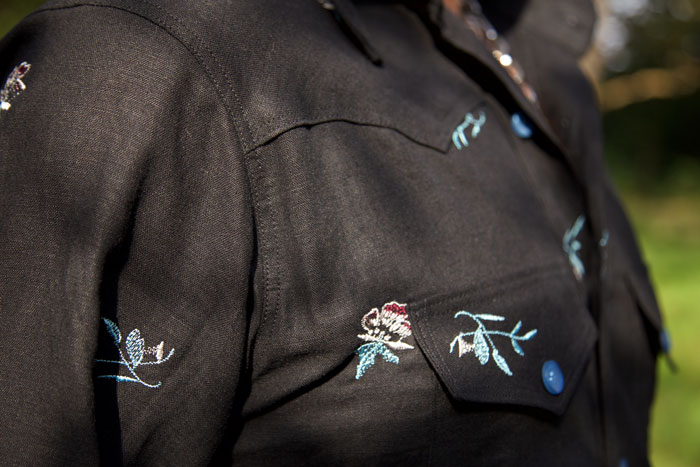 I love how the above picture shows the texture of the linen. It is one of my favourite fabrics to work with. And I’m told it feels great and is dead comfy to wear too! Also shows up some of the painstaking topstitching. I had clearly forgotten just how long this takes. It can’t be rushed. And I couldn’t do it at night-time. Sewing black on black with stupid crap low energy ethical lightbulbs is not good for anyone’s health. So I’m glad I waited for weekend daylight hours to get a neat job.

You can’t see from these photos, and you probably wouldn’t have noticed in real-life and close up either, but I interfaced the cuffs and button band in a white fusible woven interfacing. French stuff. Great quality in fact. But when I cut the button holes it was a little irritating to see the white edges. So I got my Sharpie out and coloured them in… shhhh!

The buttons aren’t an exact match for the blue in the embroidery which bugs a bit but I’m keeping eyes peeled for a closer colour. They can always be replaced at a later date. But I so wish I’d put the buttons on the other side of the cuff. Mr O doesn’t often do his cuffs up so you don’t get to see them side on! 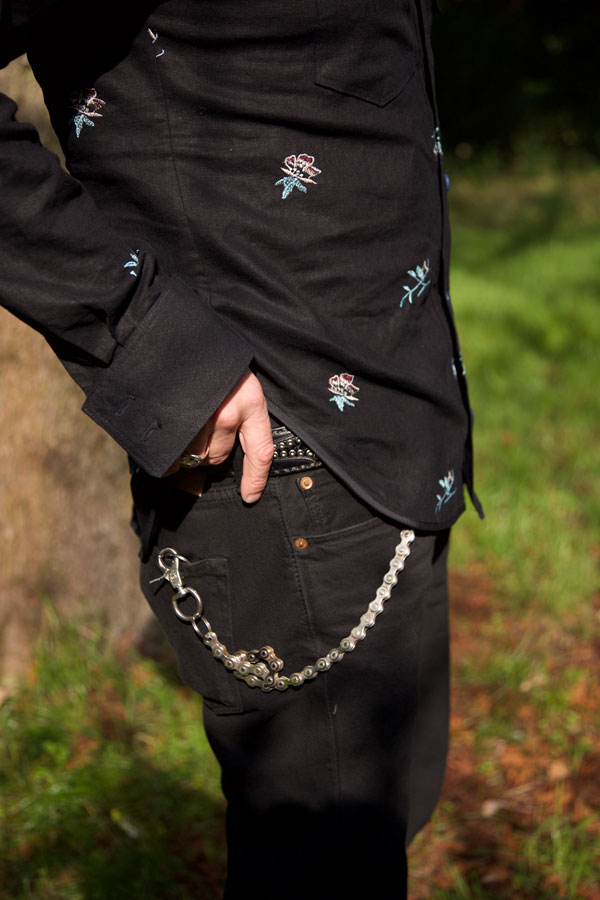 He also doesn’t like to tuck a shirt in much. And so it’s great that the shaped hemline gets a showcase. I used a bias tape to finish the edge because I much prefer how it looks. 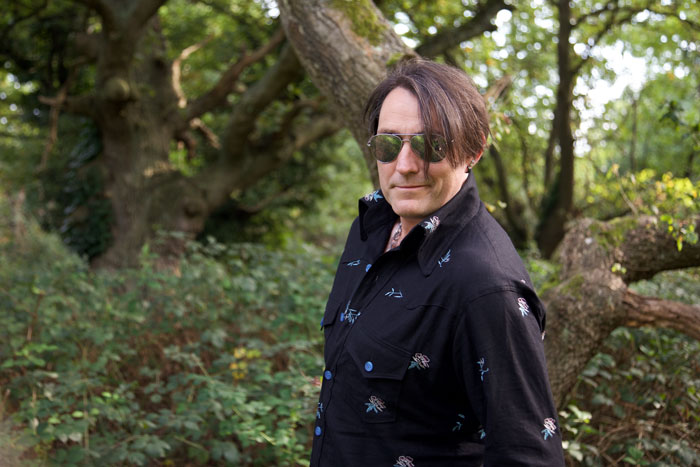 It was really lovely to catch an hour or so of the sunshine in Barnes, today and especially lovely to spend a little time with this fella. We’ve been like passing ships lately. And he’s off again now to do a gig in Kent! So what’s a girl to do? Crack open a bottle and crank up the sewing machine I guess! Tough life on a Sunday afternoon, hey! 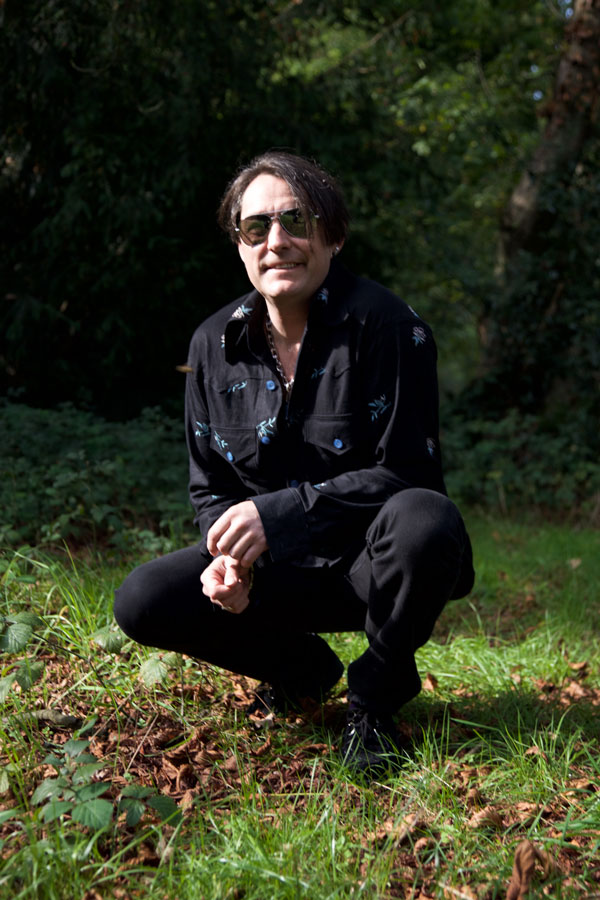 35 Replies to “Vintage western shirt #3… of the linen kind”