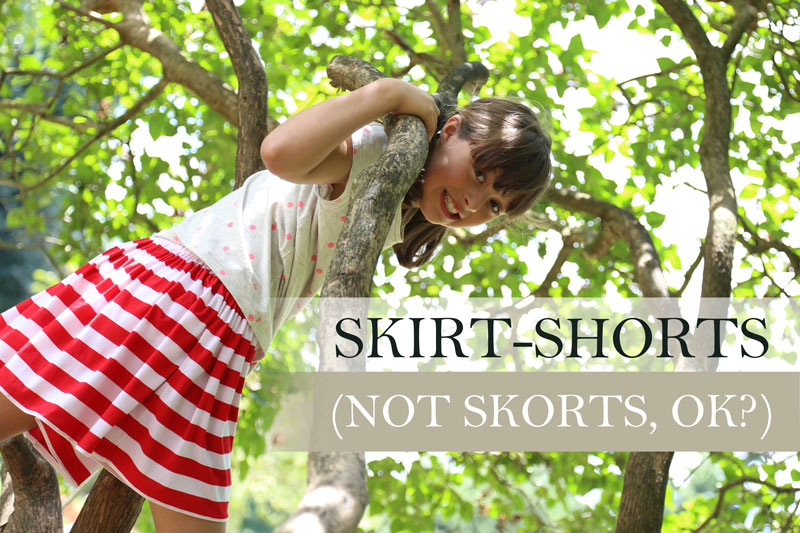 Anyone with a nine year old daughter will completely understand how increasingly hard it becomes to appease one’s little darling in the wardrobe department. My offers of handmade dresses and skirts are still mostly being politely refused but I’m ok with that because it keeps the project list nice and selfish!

But every now and then she gets a bee in her bonnet about a must-have item of clothing that even Primani just can’t deliver. This weekend it was a pair of skirt-shorts. Not skorts, you understand. There is a difference apparently. I could see the little foot-stamp brewing when I Googled pictures of skorts and it was a while before the penny dropped. The rolling eyes of a nine year-old are a picture I can tell you! 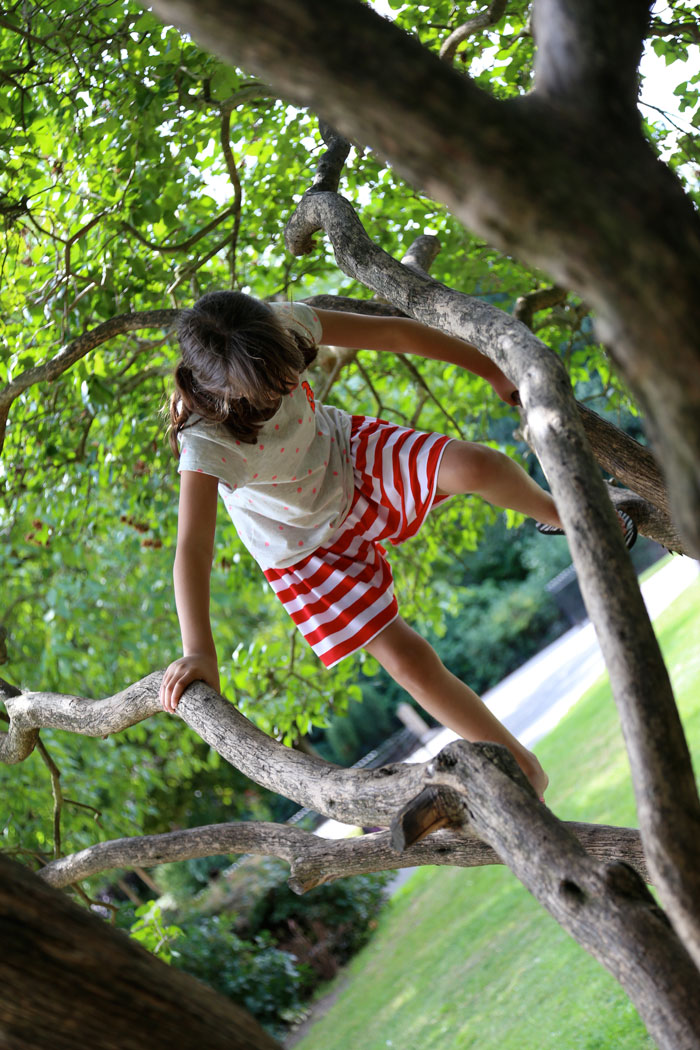 Getting the picture was one thing. Getting the pattern was another. Only one thing for it. Had to self-draft. I’m not quite ready to share my winging-ways until I’ve perfected it. But suffice to say it worked, kind of. Well totally if you judge by the response of the recipient!

I’ve had this stripy jersey in stash for some time. Yes! Can you believe it? Another piece of stash successfully busted! Doesn’t appear to have reduced the pile any though. 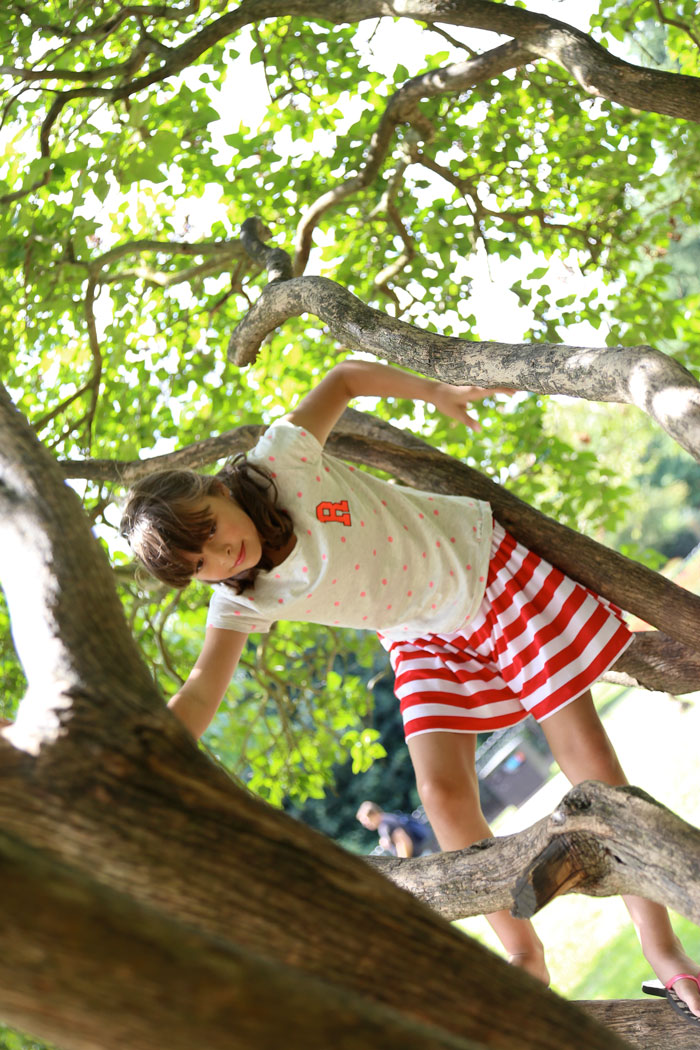 I used the side-cutter attachment on my Brother Innovis to create some faux overlocked seams and I used a regular zig-zag stitch for the hem and the elastic casing.

The ‘brief’ was to create shorts that looked totally like a skirt. Mission accomplished though I think perhaps I made them a little too full – the waistband is really tightly gathered. Little Miss O assures me they are comfortable enough but I think they could do with a little less volume.

Who would have guessed that a pair of skirt-shorts would encourage such climbing skills? Making them was easy enough. Getting them off her to put them in the wash might be an entirely different matter!