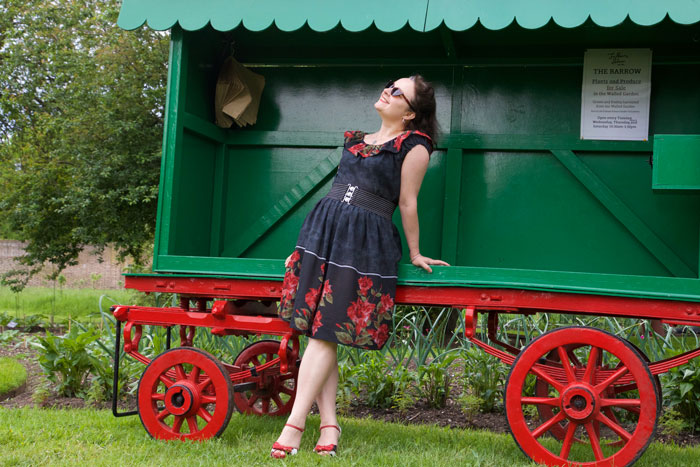 I gave up Flamenco dancing when I was 7 months pregnant with son. My teacher told me that if there was an ounce of gypsy blood in me I would continue dancing right up until the baby was born. Clearly my o-neg wasn’t cutting it. Lord knows how any amount of footwork is achieved when one is the size of a whale!

Anyhoos, just 4 years of practice and 17 years later there is still undeniable evidence of gypsy in me. Even if I’m not a real one. The dancing, the music, the earrings, the roses . . . the dresses. I think I’m just going to have to grab that bull by the horns and start over again. 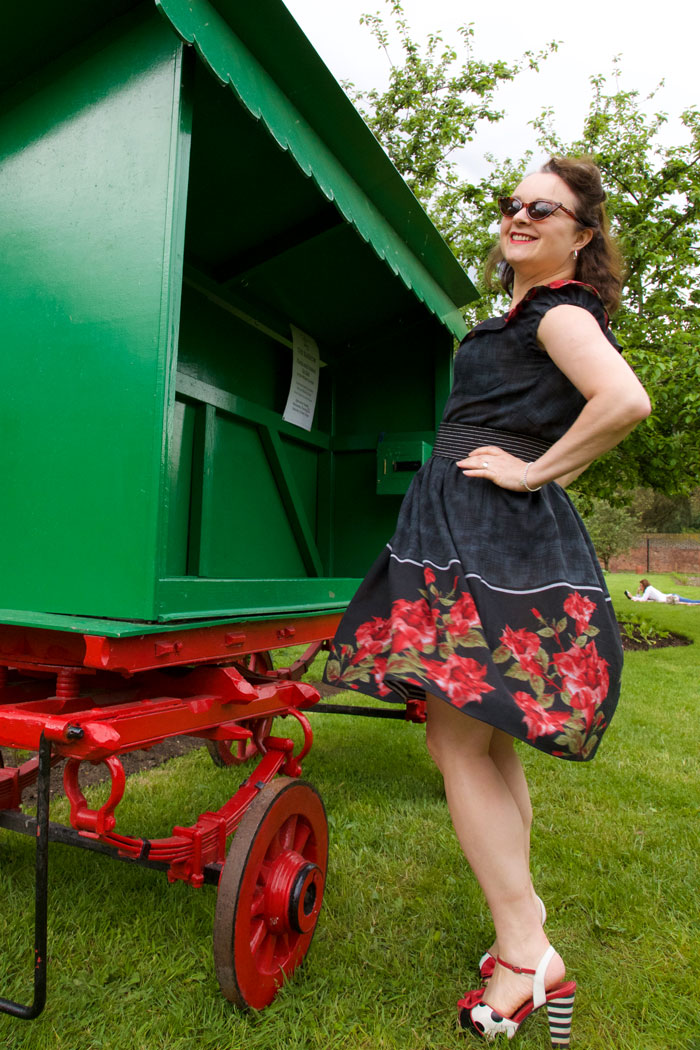 But before I drift back to when I had time on my hands, lets talk about this outfit. It’s not a dress. It’s a top and a skirt. Separates, like!

I literally snatched the fabric out of the hands of the shopkeeper when he showed me some precuts on the counter. Just how hard is it to find border print these days? I knew it was going to be a skirt already but I had enough to make a top and my lightbulb moment was realising I had the perfect pattern in Butterick B4685. I’ve made it a few times before and blogged one of them here. Another version even served to complete Dorothy’s World Book Day costume! But this is the first time I’ve included the flounce on version C. And this fabric was perfect for the job. 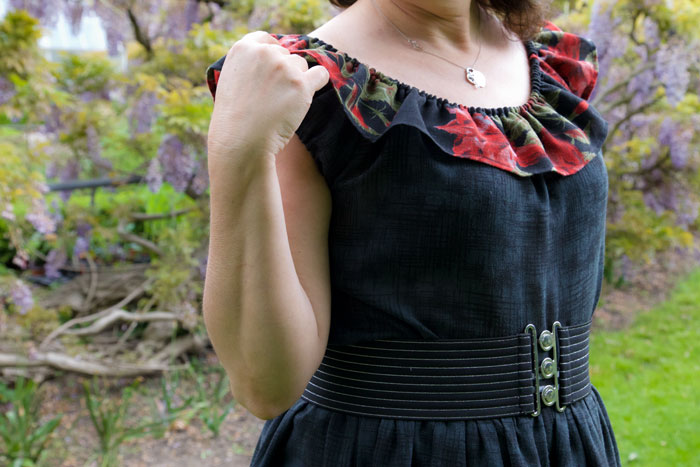 I do have an issue with the fabric though. Mostly I find the shop keepers in the Goldhawk Road honest about the content. At least where they are informed themselves. And some even do an on the spot burn test for me if I ask. But this one (who shall remain nameless) confidently told me it was linen lawn. I had no reason to disagree. After all I’ve never purchased linen lawn before. But it sounded good and most importantly, implied of natural fibre. It is lovely and soft and lightweight. Perfect for keeping gathering bulk to a min. But I got that suspicious sweet smelling odour that hit my nose when I ironed it and felt compelled to do a burn test myself. 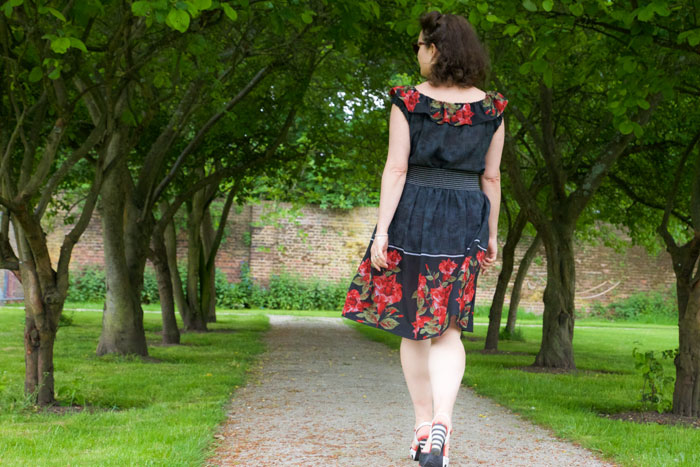 Surprise, surprise. Not an ounce of natural fibre to write home about. Well maybe one fibre in a million. It did crumble a bit betwixt forefinger and thumb so not 100 per cent plastic. Gah!! I hate the dishonesty. I probably would have still bought it with a bit of a haggle attached. But why glam it up when its so easily sussed?

I’m not too cross because I’m very happy with the outcome. I’m just cross with the bull****! 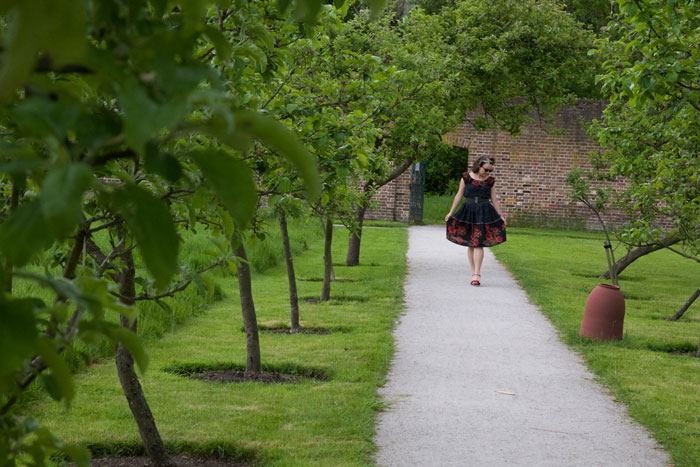 So the skirt is just a self-drafted gathered rectangle on a waistband with an invisible zip in the side. Unlined and therefore so quick to run up. Though I did hand-sew the hem because it pleases me! 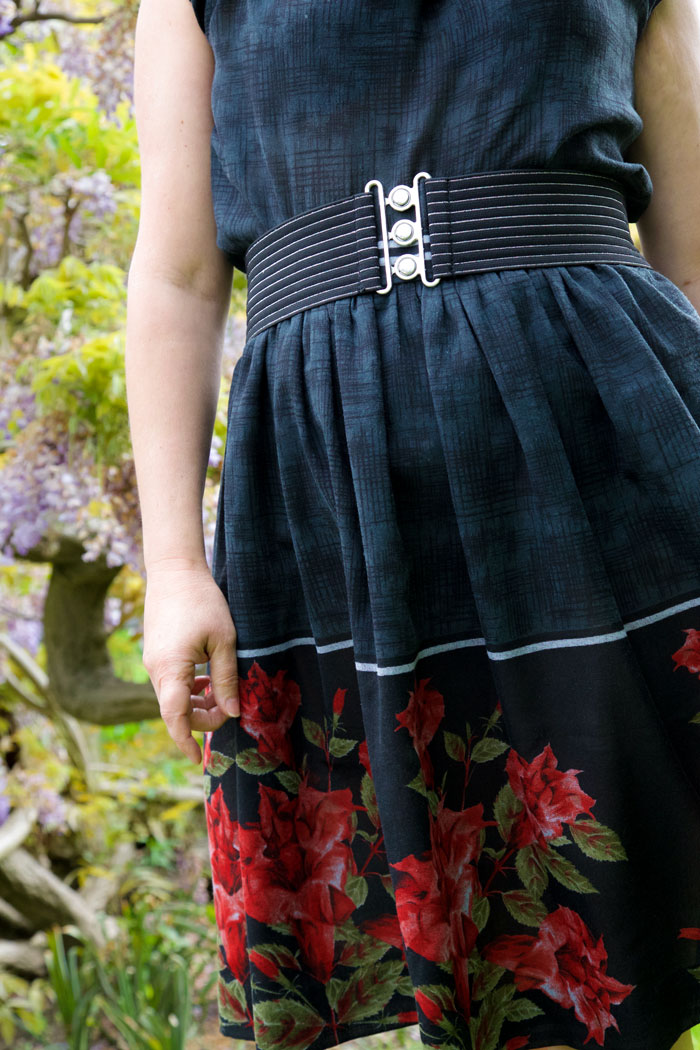 Dan took these photos in and around the grounds of Fulham Palace, London. Such a beautiful and understated palace which is openly used as a museum and wedding venue and picnic grounds! The gardens are so immaculately kept. And the perfume from the wisteria was gorgeous! 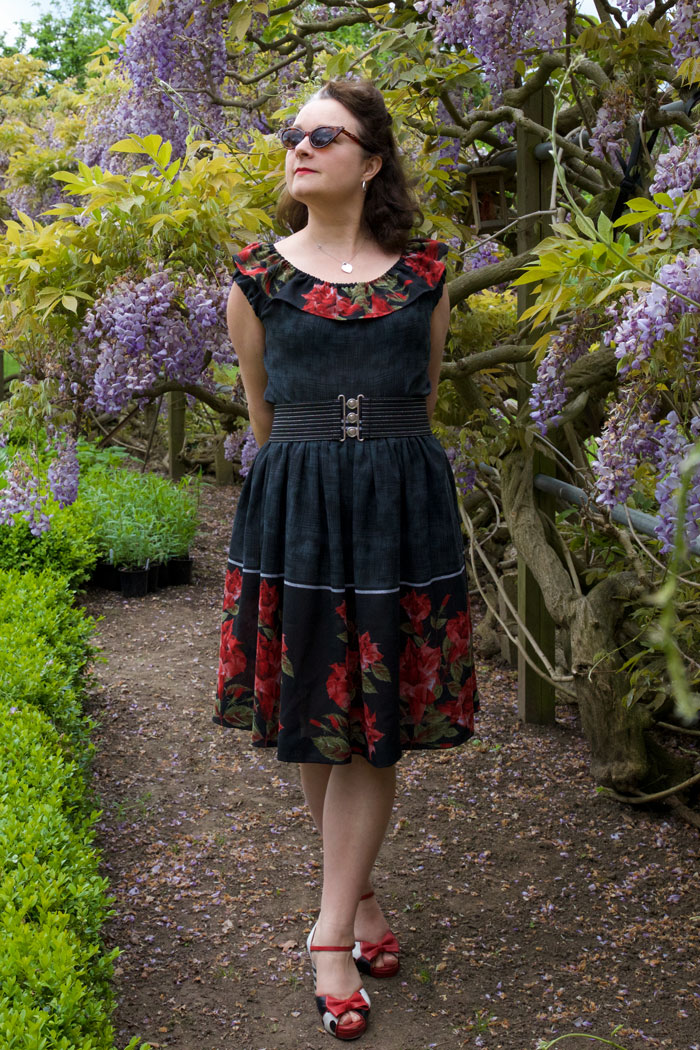 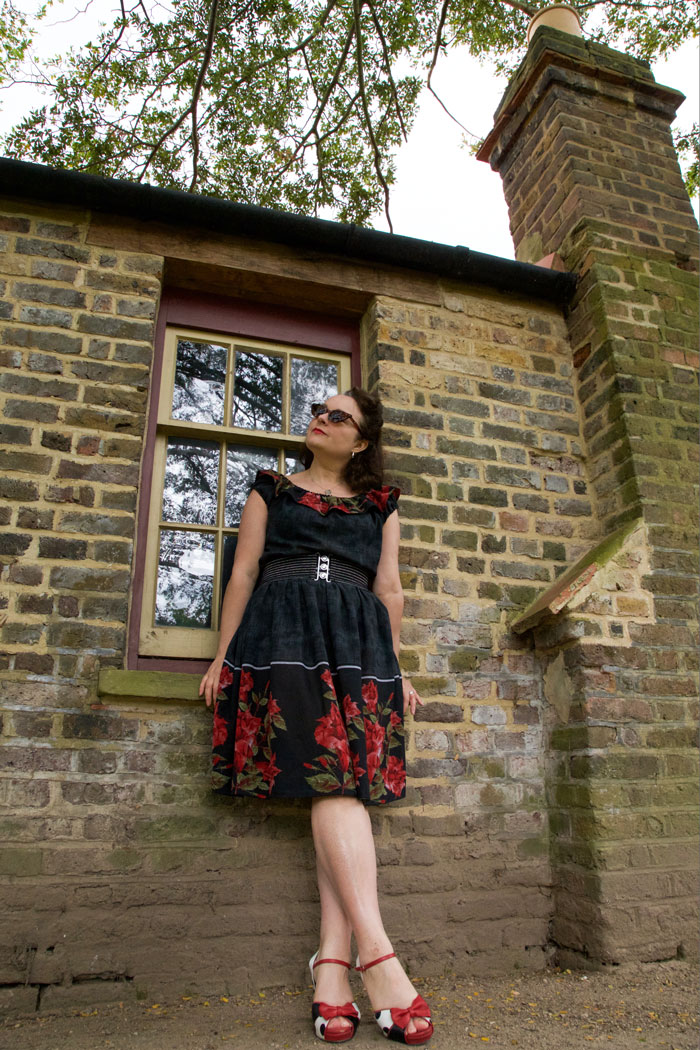 And as has become the norm, we had some more interest from the local residents. Clearly cleaning up from the picnics! 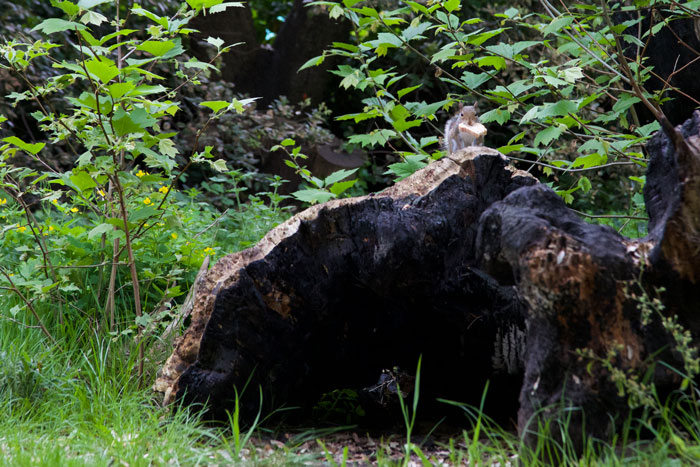 And once again outposing me on the log shot! I’m sure Mr O does this on purpose. It had bugs and cobwebs and everything on it. Eeeewwww! Can I just say out loud. I hate sitting on logs!! 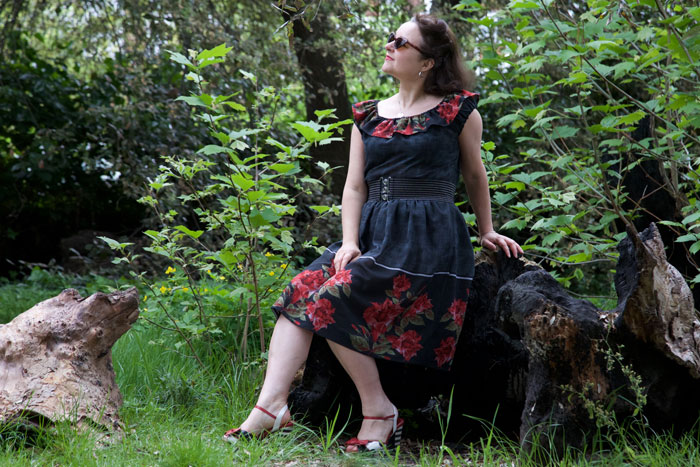 I love this outfit, not only because it brings out my inner gypsy, not even just because I made it  (well that as well!) but because its a style that never goes away. I’m as happy wearing this kind of dress now as I was in the 90s and the 80s and I’m pretty sure there’s photographic evidence of me wearing a dress very similar in the 70s! Or maybe I’m just plain old fashioned. Who knows. Who cares. I’ll make more anyway!!