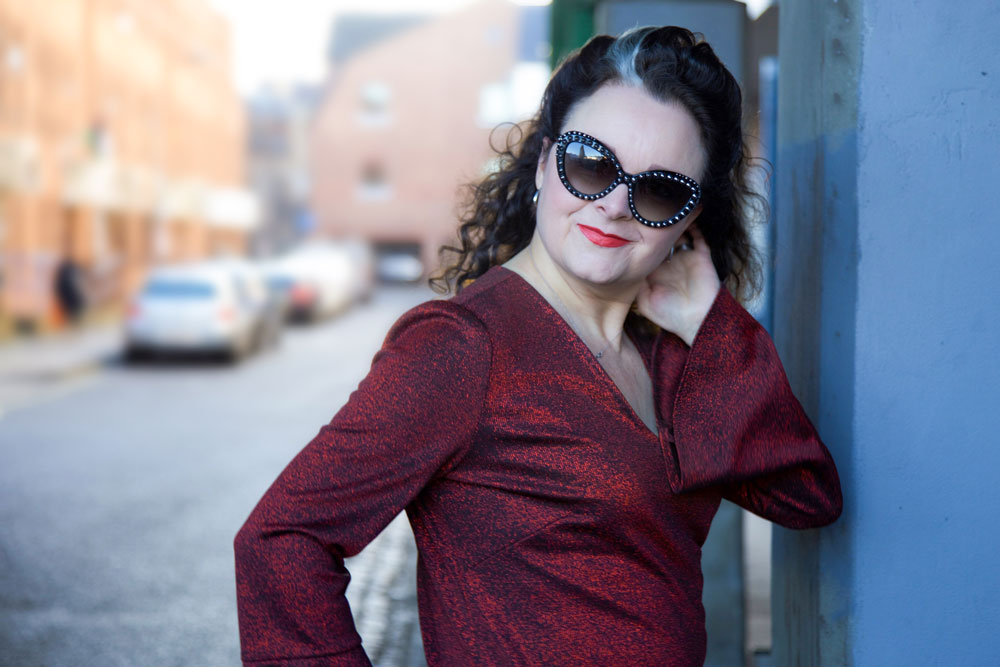 Oh what a difference a sunny day makes. Meant I could withstand a shoot for a whole 15 minutes without a coat! And I’m so happy that Daniel could do them as he did such a fab job and I’m hopeless and impatient at the whole remote thing.

This dress is a bit late to the blog but was well on time for the party. It’s the Burdastyle bell sleeve dress that I made for New Years Eve. I clearly had a bit of time on my hands because I made two of these up in the space of that week between Christmas and New Year. You can see my black glittery version in the previous blog post, here. 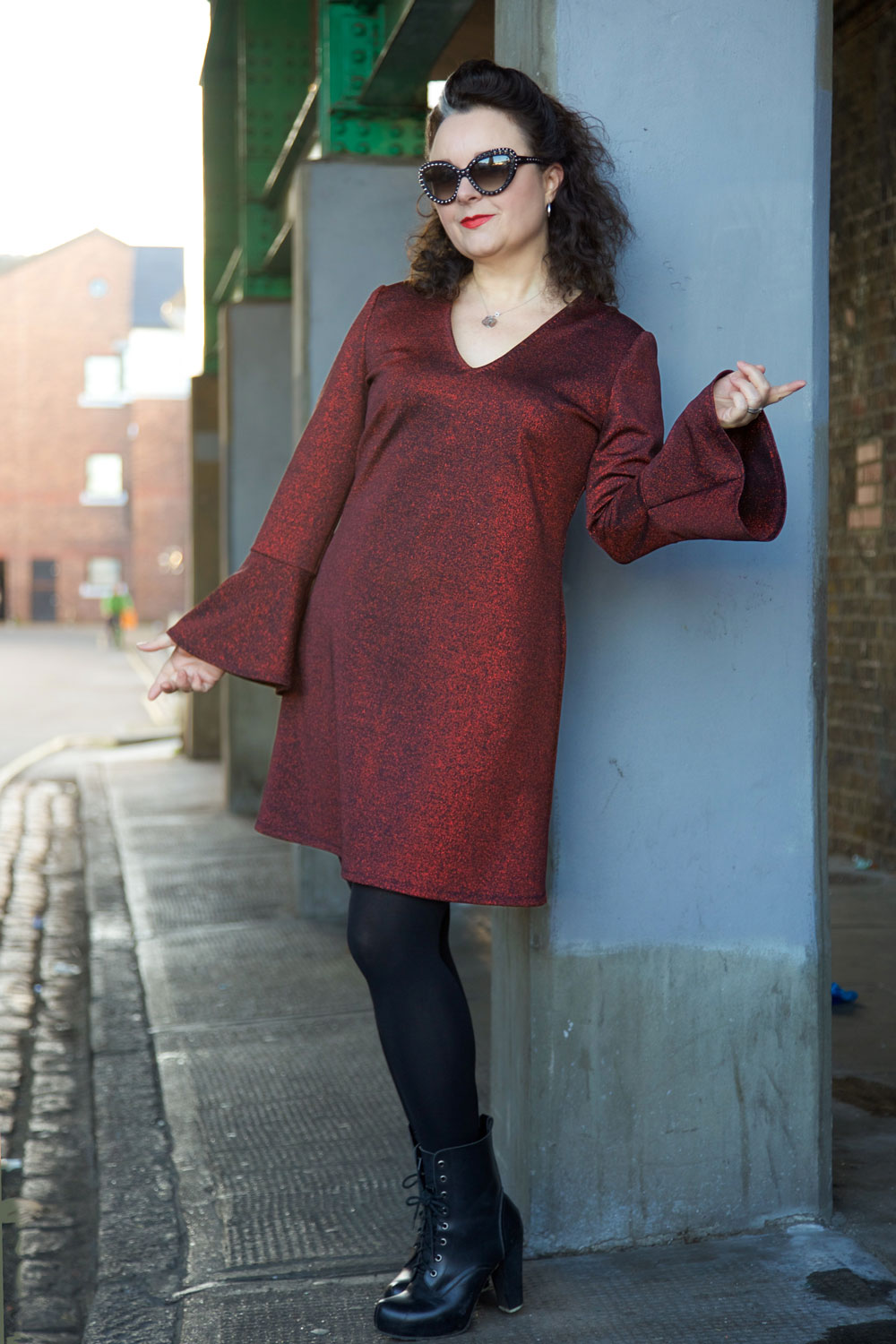 This one is way more glittery and more red and more suitable for a dance at the disco than mooch down the Marks and Spencer aisles but I think its very likely I’ll be breaking those kinda rules.

The fabric doesn’t have as much stretch as the last one but I still managed to forgo a zip, just the same. It’s a lot less snuggly on account of the high metallic thread-count but that also means it doesn’t need an iron. I only tend to press seams during the making-of, these days and avoid at all cost those mum-style marathon ironing sessions in front of the telly. I’d sooner sew than iron! 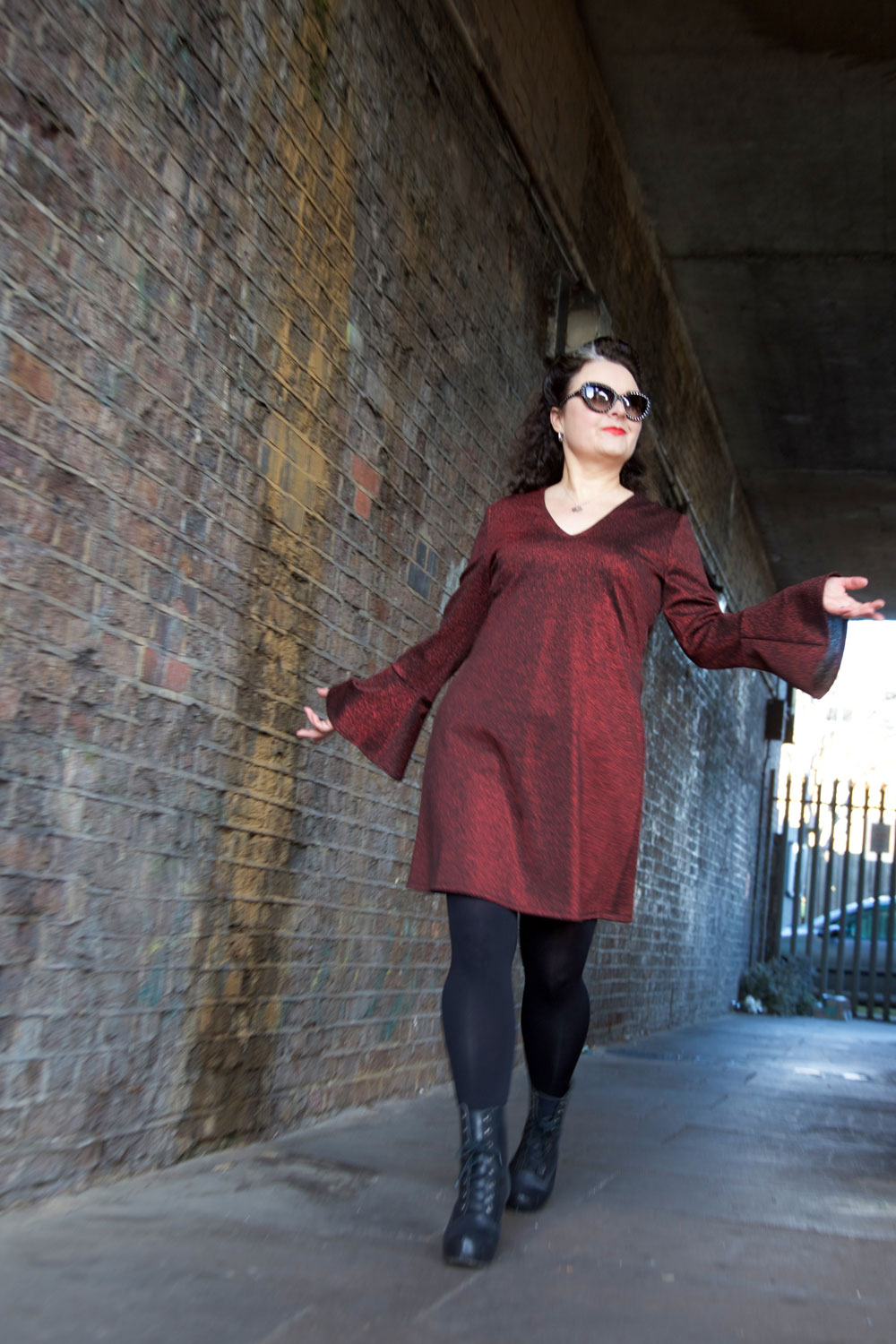 The downside of a fabric that won’t behave under pressure (and low heat) is of course the issue of pesky popping-out facings. I tacked them down at the shoulders and at the centre back seam and still they found an escape route. So I sewed by hand, tiny little stitches close to the neckline. It’s vaguely visible but way less annoying than flappy bits of fabric spoiling the picture! 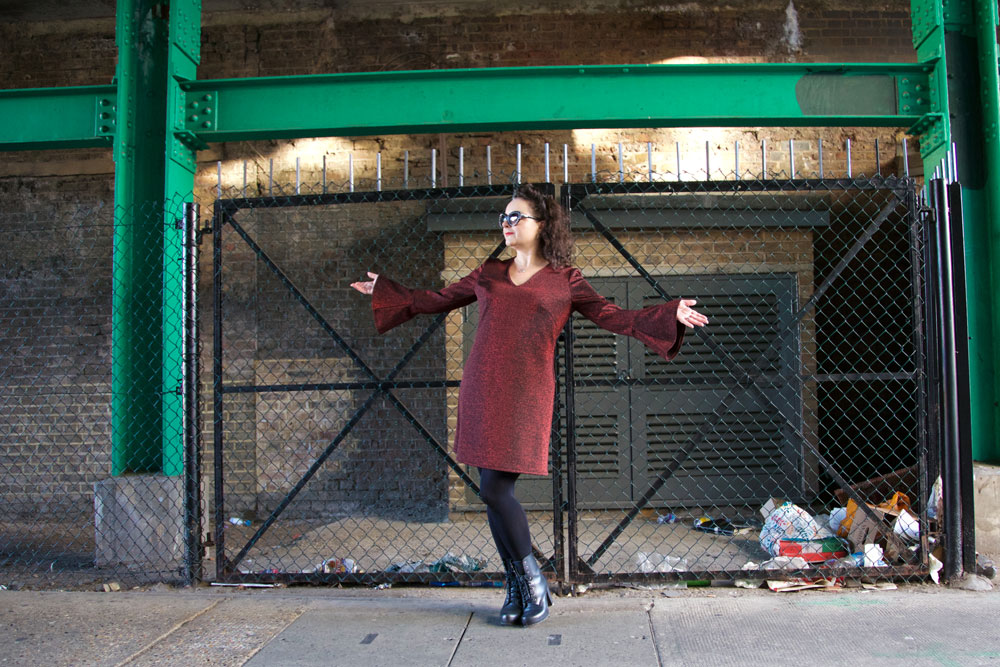 Because I was in a rush with this one, I didn’t overlock the seams. They are ‘pressed’ open. In the loosest sense of the word, lol. But the fabric isn’t ever going to fray because I tested that by giving it a bit of rough treatment and it remained calm and intact under pressure! 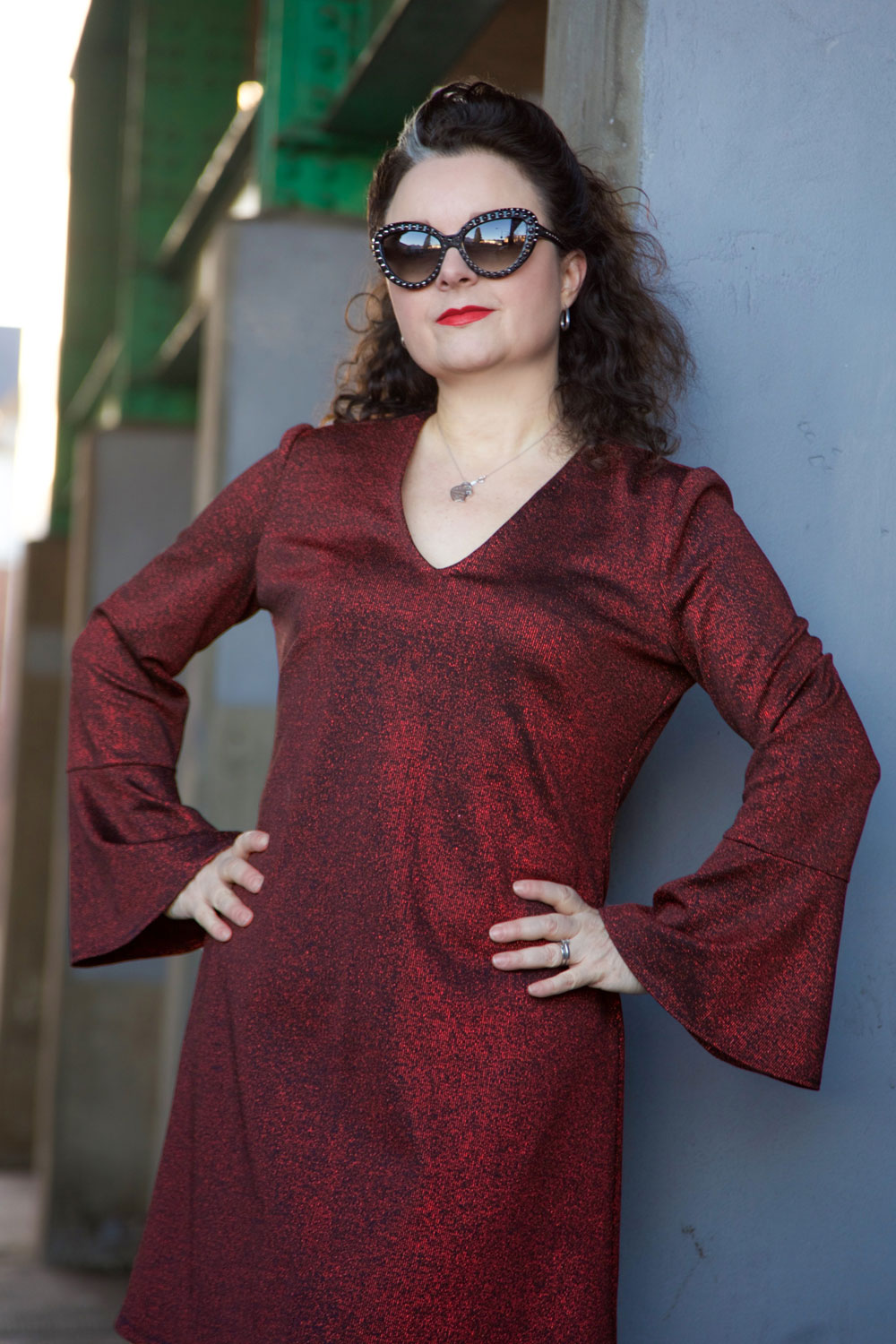 The temptation is to make another 5 of these, so then I will have one for every day of the week. It give’s no grief to sew and it gets so many compliments in return for such little effort. I haven’t really styled it much here but chokers, big floppy 70s hats, a neck-tie, a faux fur scarf or some massive earrings, could all transform this dress for a totally different look. 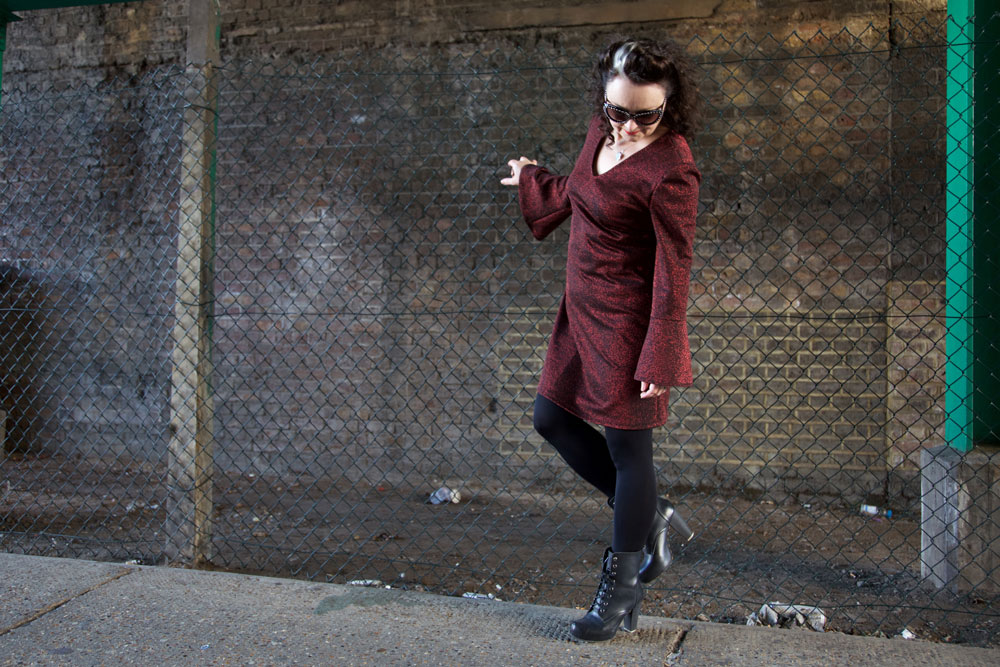 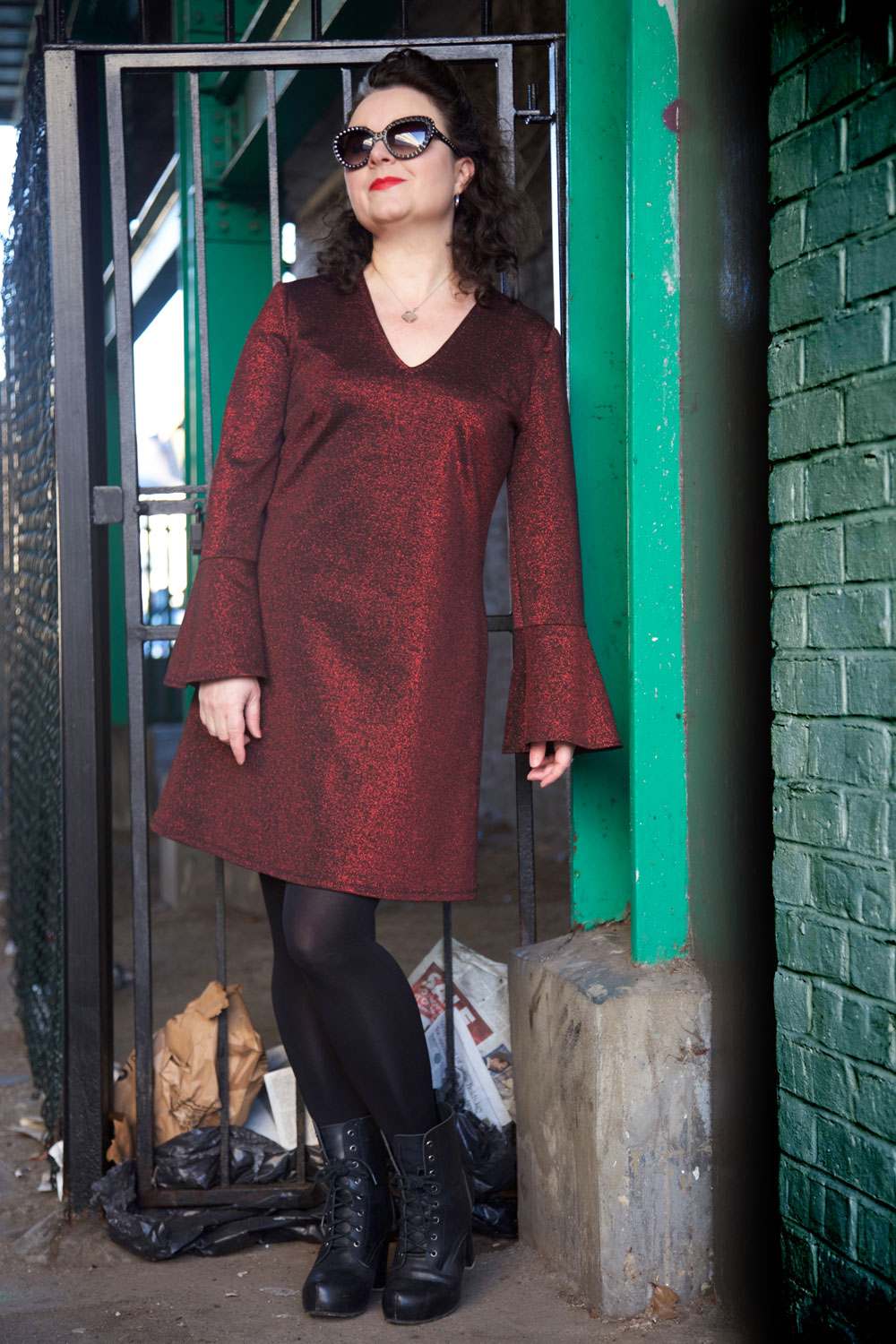 I still might make another one at least, though! I’d like to make it in a woven – with a zip of course – just to test the difference.