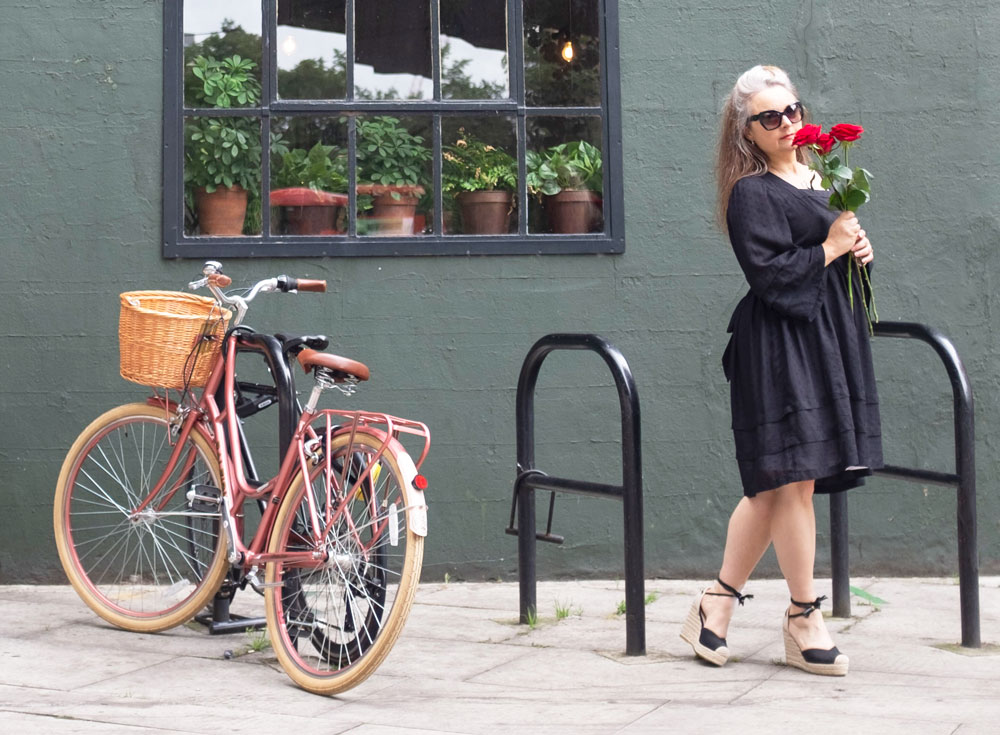 It’s been a while since I’ve taken on any pattern testing. I’ve been trying to claw back time so I can focus on a whole host of things that I want to work on and develop and I managed to resist the urge until By Hand London contacted me to test the tremendous Tamzin dress. How could I possibly refuse?

It’s so floaty, so folksy yet so cool and classy all at the same time.

And if you hadn’t noticed already there’s some beautiful bonus details which bring the added charm.

A square neckline is always a favourite of mine. I love the clean lines and that it shows just enough skin to keep it classy. The external front and back neckline facing is such a neat finish. I’m sure it helped that I used quite a lightweight fabric to get that topstitching nice and consistent but the proof will be in the pudding when I get my hands on some lovely linen for the next version. I just can’t resist the urge to embellish that facing much like Elisalex did. 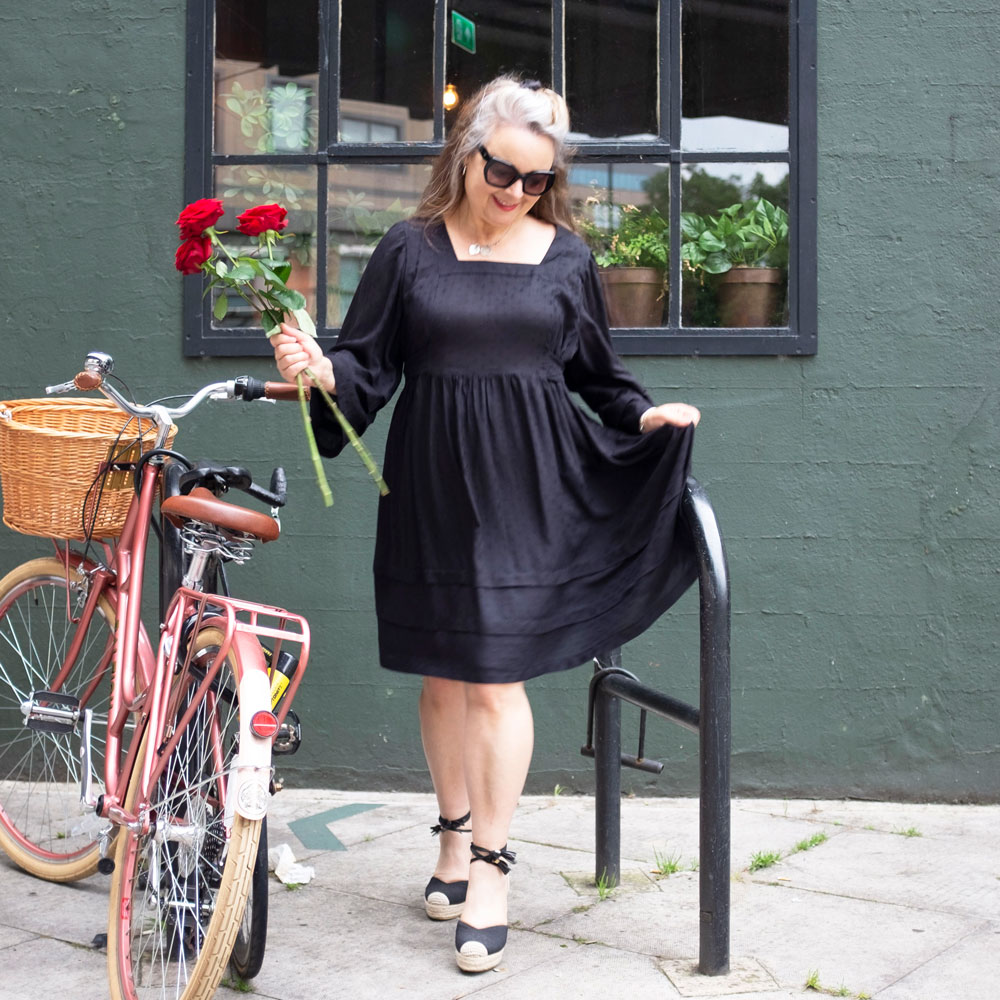 Incidentally the fabric I used for this was won over a year ago, in the #brightsewing challenge hosted by @thepinkcoatclub and @theunfinishedseamstress. (I had entered my Yellow shiny appliquéd number!) Part of my prize was a voucher which went towards this amazing Atelier Brunette diamond viscose fabric from SisterMintaka. It is such a beautifully soft and draping fabric that I was almost too scared to use it. I wanted it to be for something special and, well now you see it!

I didn’t quite have enough for the full length of skirt – its quite hungry on the yardage due to those pin tucks and the sleeves pieces are huuuge! – but to be fair, I had already decided on a shorter version so there wasn’t any heartache involved. Except I sewed the pin tucks too small!

And let’s just take a moment to ogle at the pin tucks on the sleeves. Aren’t they simply divine?! 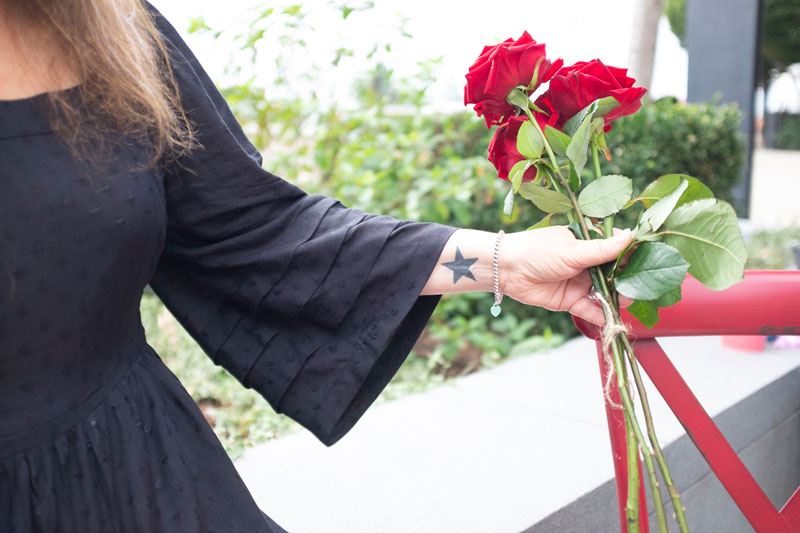 Before I read the instructions I had anticipated a right royal pain in the arse time of getting them even, especially with drifting draping fabric but there is a nifty technique included to make life so much easier and perfectly sized and spaced pint tucks to boot!

Now you may think I’m being lazy here but another selling point of this pattern is that there are no closures on this dress other than the delightful back ties. I don’t hate sewing zips as much as I used to but the joy in not having to sew one at all is immense! 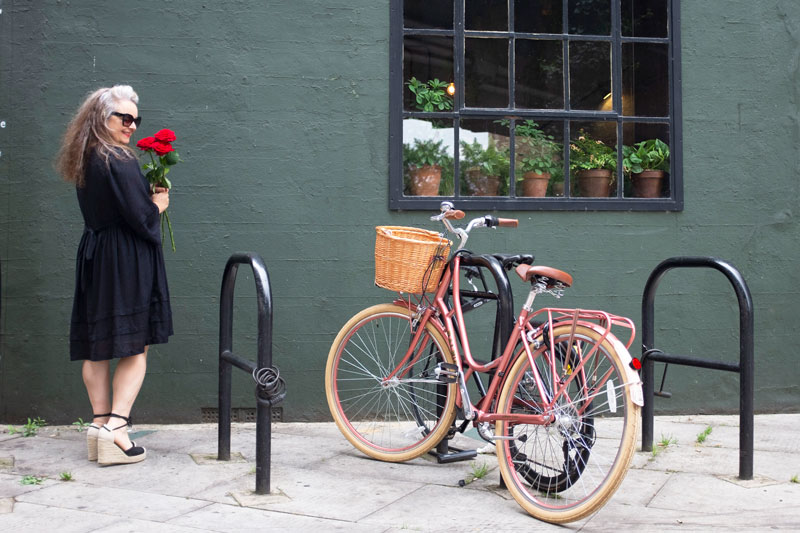 I chose the variation with the ties that start from the side front and wrap around the back. There is another version of the tie that starts from the back. But I wanted all that ribbon detail and for it to cinch me in at the waist.

I think you can probably tell already how happy I am with the result. 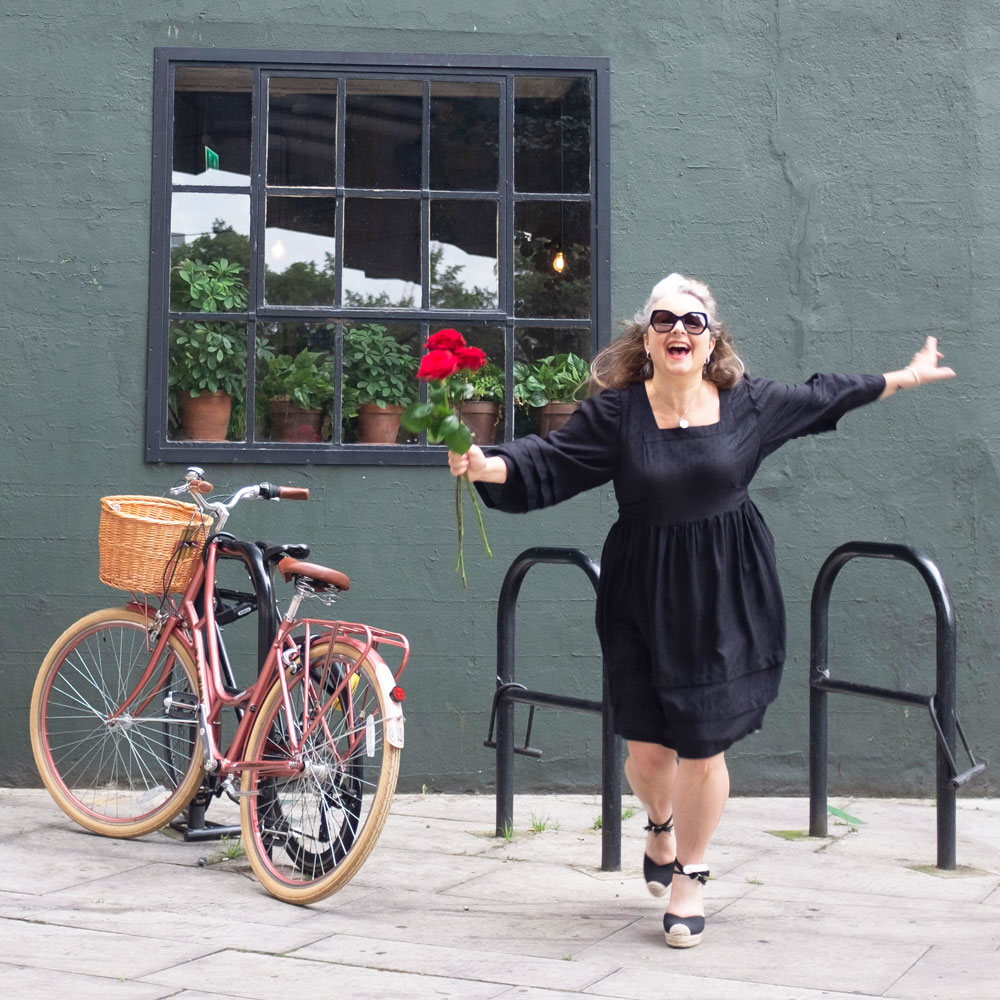 The instructions were super clear, and it was a joy to sew. Not complicated at all but I must add that it’s not the quickest dress to whip up – those added details come at a price of a couple of hours more but it’s totally worth it.

Are you sold? Or have you made one already? I’d love to know what you think either way.

One Reply to “Testing the Tamzin dress”