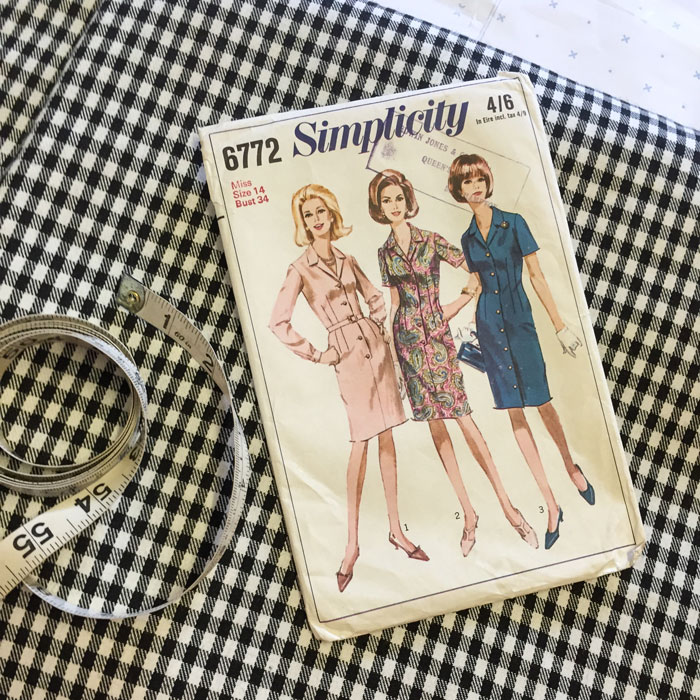 It’s been an eventful few days. Asides from the usual back to back workload, there was Holly Johnson on Thursday, Fleetwood Mac on Friday and a whole sunny day with the children at Pools on the Park in Richmond on Saturday.

I was therefore a little jaded last night. Like a hologram, in fact. a pink frazzled sleepy hologram! I wanted to sew. But the pattern I wanted to sew, typically wasn’t in my size, let alone relative to my proportions. I knew it needed some grading and it pained me to think I had to put some effort in before I could just sit and sew. I made another cup of tea. Did the washing up. Put a laundry load on. Flicked through Facebook. Made another cup of tea. I certainly could have graded and cut out the damned thing instead of doing all that, and by that time it was 9.30pm.

So I got cross with myself and my refusal to do what I’d arranged with myself to do. And set about it. The punishment being that if I fannied around anymore and didn’t put my mind to what was needed to be done I’d just lose more sleep-time. And I was tired, I can tell you!

So with the infamous Nike strapline loud and clear in my head, two back-to-back episodes of Eastenders lined up on iplayer, I got tracing and marking and cutting like a good’un. The bodice needed one set of grading, the skirt section another. And the darts needed redrawing and repositioning. I don’t know that I’ve ever employed the cut-and-spread method of grading so properly before. I’ve thought about doing it but it always seems like so much work. It really isn’t! No more winging it with adding a bit here and a bit there on the side seams! 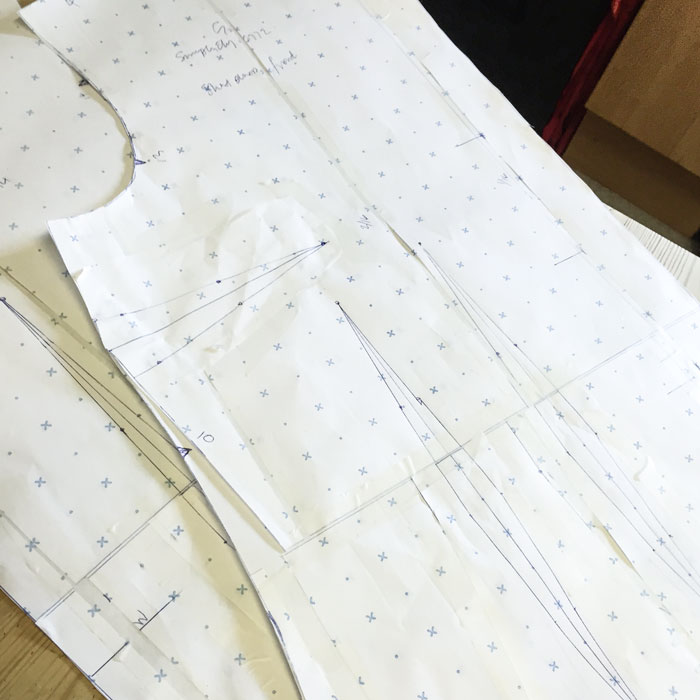 It’s a shirt dress by the way. Simplicity 6772 from the 1960s. I’m making version 3, the blue one on the right. Not my usual style of shirt-waist dress like the ones I made previously: the 1940s shirt dress and the shirt dress revisited, but a more casual, straight like shirt dress that buttons all the way down. I will skip those bound buttonholes though. The fabric is a suiting fabric, a lightweight wool-blend, confirmed by a burn test that revealed a crumbly kind of ash, signifying more poly than wool! So it doesn’t deserve such couture details. That’s my excuse and I’m sticking to it!

It’s Sunday afternoon and I’ve done the hockey run, put another wash-load on, seen my daughter off to the Park Club and had lunch with my son. Mr O is on his way to a wedding gig and I kid you not, I just actually heard a pin drop!

So now the pieces are cut out, darts marked and pinned and I’m now about to embark on the part I love the most. And fingers crossed, will be so pleased that I bothered to grade those pattern pieces. If it does work out good I will no longer have to miss out on those fabulous vintage pattern bids for being the wrong size. 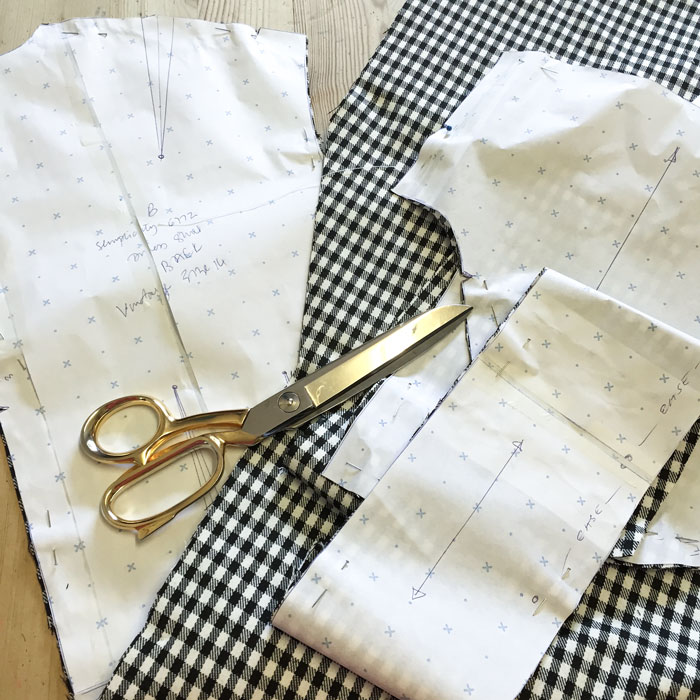 And here it is, at last, that tasty little Vogue jacket as inspired by that classy little lady, Ms Nicole Needles. It had to be done. I couldn’t resist!

The pattern is V2934, a reproduction of an original 1950 design. Such a clever and very simple pattern that would whip together so quickly if it weren’t for all the hand stitching. Which, strangely enough, I didn’t mind at all.

I’m loving the dolman sleeves and the big cuffs which nicely balance out the short cropped cape-like body.

I used sew-in canvas for the interfacing. Really great stuff! It molded beautifully around the neck and shoulders and was the perfect weight to maintain the shape whilst still allowing drape at the front.

Initially, I had a slight concern that this shape might make me look like a Weeble, given my lack o height, but I do believe it does nothing of the sort! In fact quite the opposite. It is amazingly flattering for a jacket that is more like a cropped cape and I love it!

It is also so warm and so snug. The outer fabric is a wool blend, exact content unknown but at £6 per metre I’m not really that concerned!

But the inside fabric, however…

It is the most lavish lining I have ever used. 100% red silk satin, baby! Costing more than the main fabric –but boy does it feel lush.

Did you know these things were called frogs? Neither did I till very recently. But they do the job so perfectly. Takes a while to do them up but I’m sure I’ll get quicker with practice!

OK. That’s quite enough of that serious posing Janene. What this jacket really speaks, (apart from sugar-gliders) is aeroplanes!

So never let it be said that black jackets are boring! Or indeed difficult to make. If you don’t mind a spot of hand-sewing the old fashioned way this is such a walk in the park.

Before I sign off I’d just like to give Little Miss O a mention. While we were busy being crazy she was so patiently sitting and drawing the most beautiful picture that I just have to share with you.