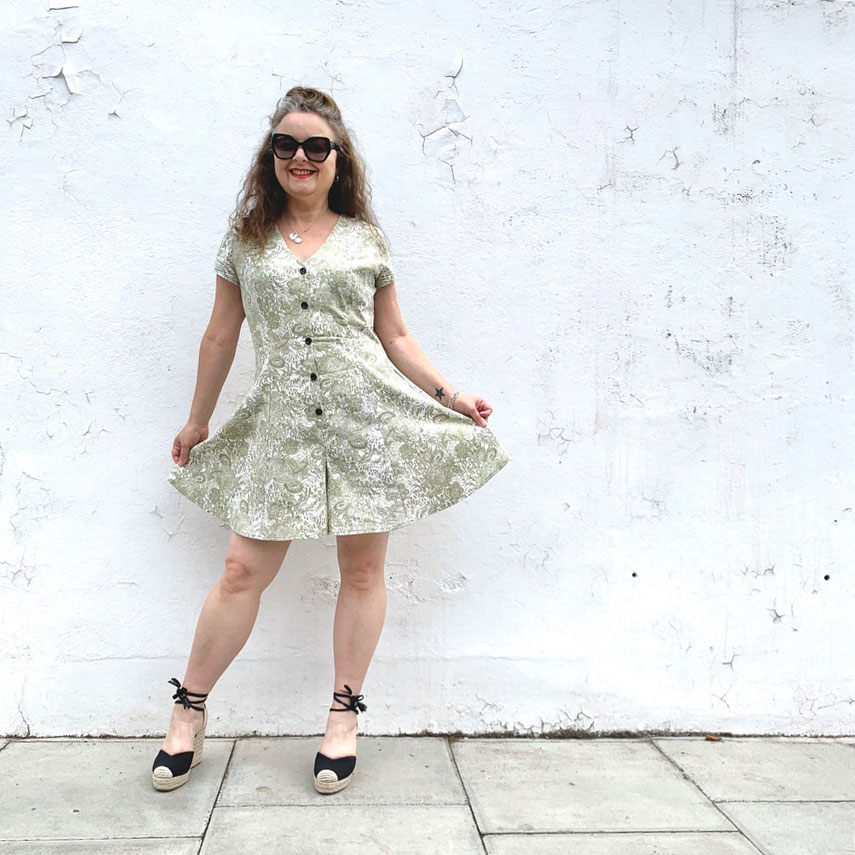 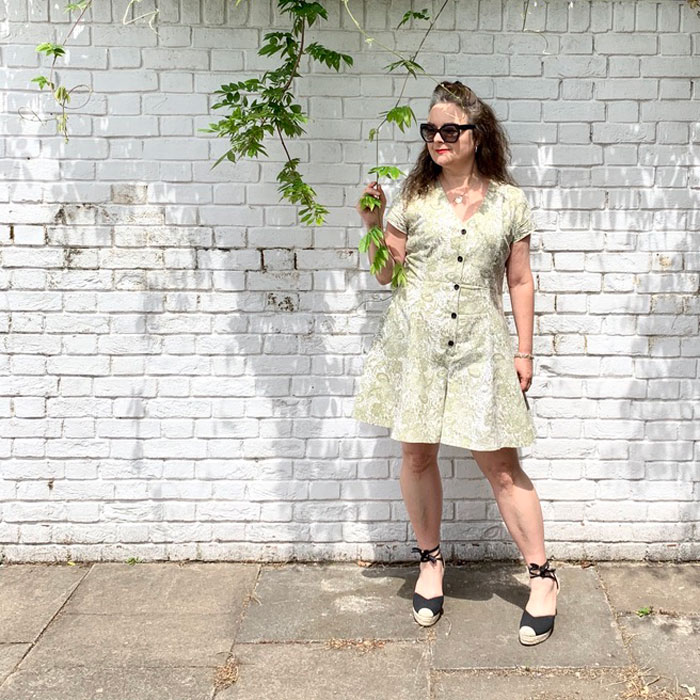 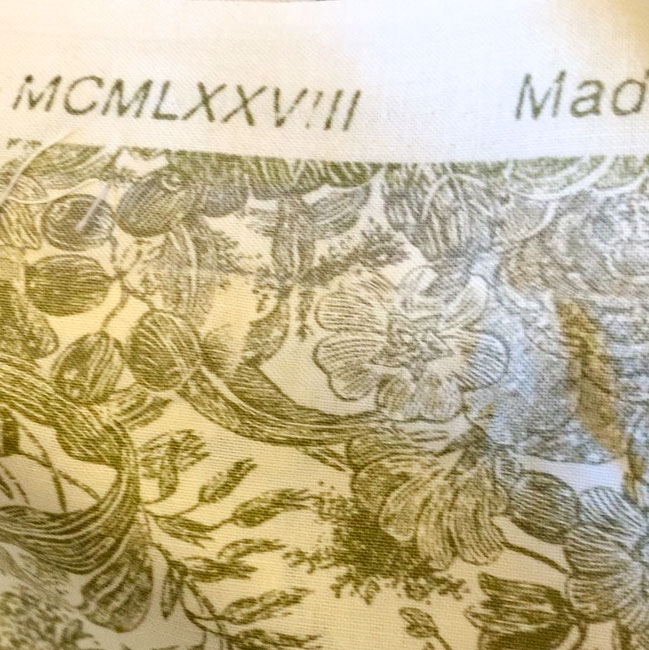 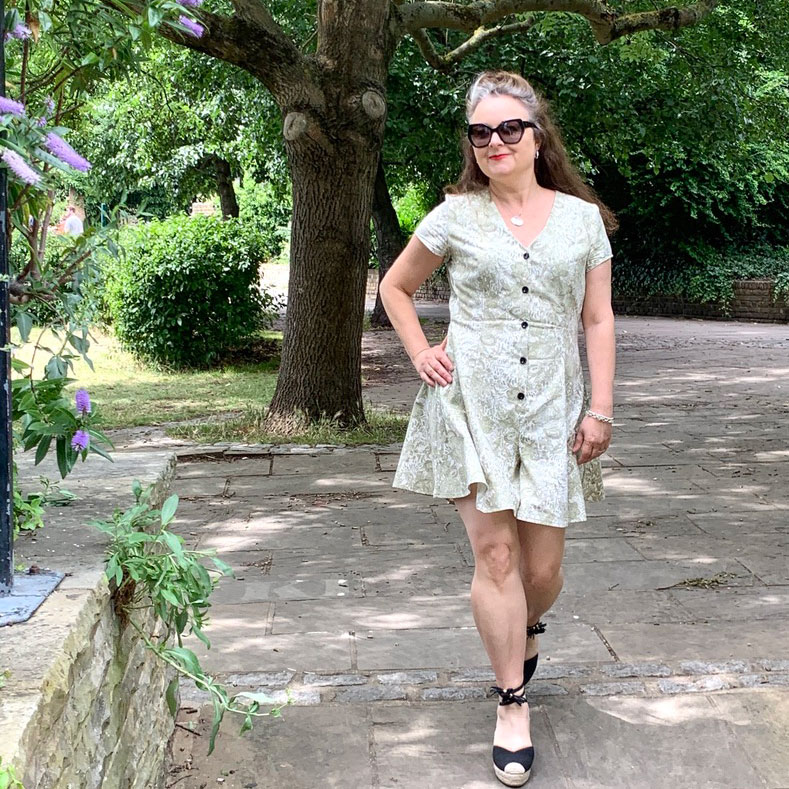 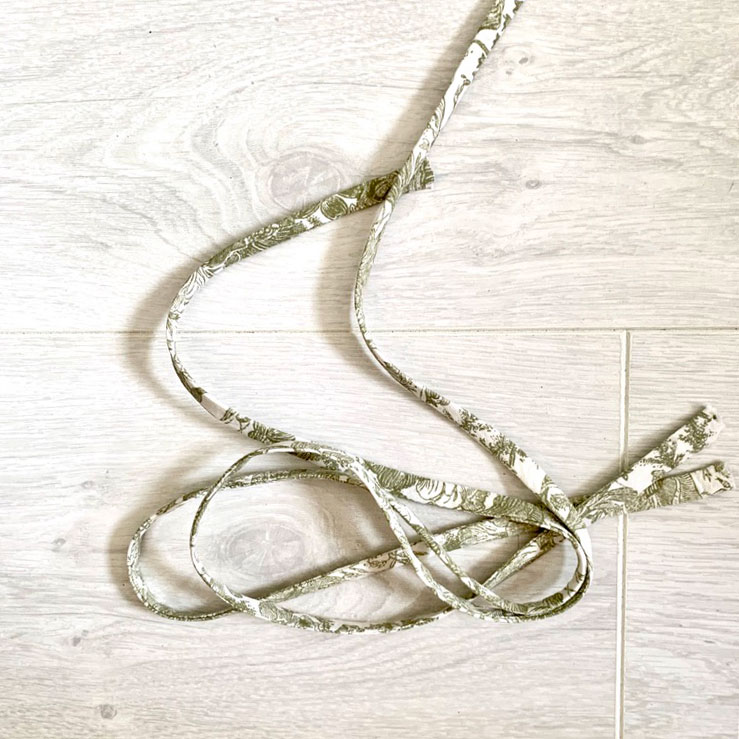 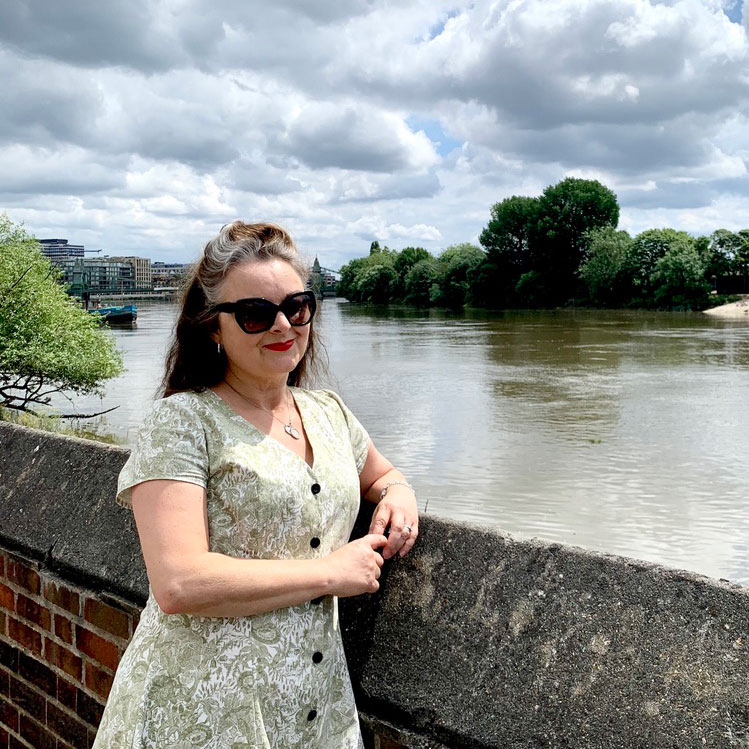 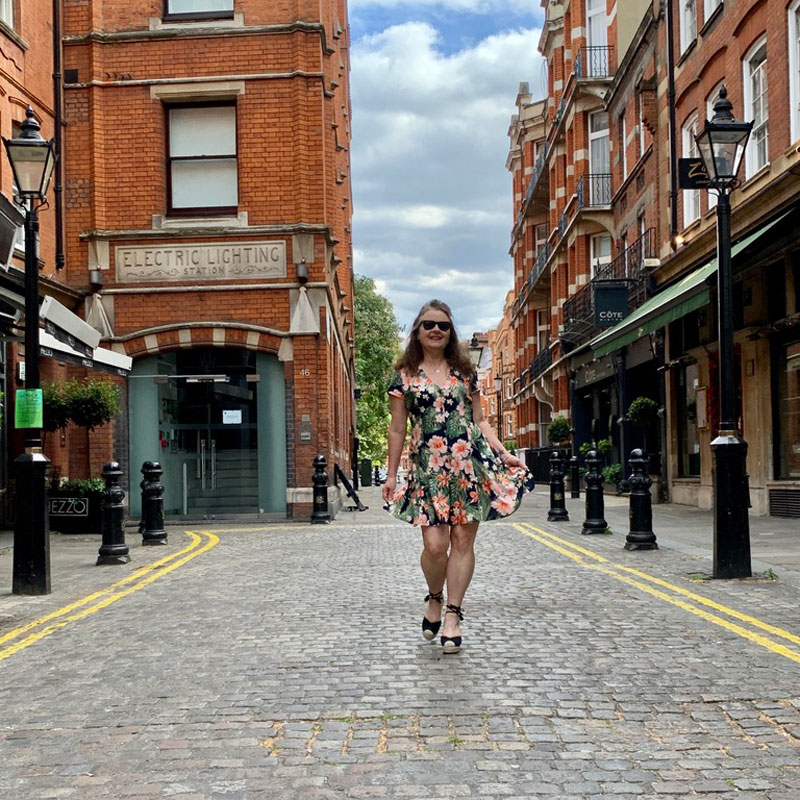 What bliss, when you have precious little time to play with, but you have a sewing pattern that you know fits straight out of the packet! I’m back again with another True Bias Shelby Romper suit. And I love it just as much as the star version… don’t make me choose!

The fabric is a beautiful quality viscose from SewSewSew. Once again the sewing community came to my aid when I asked if anyone knew where I could get my hands on some tropical print. And Amy from Almond Rock so kindly pointed me in exactly the right direction 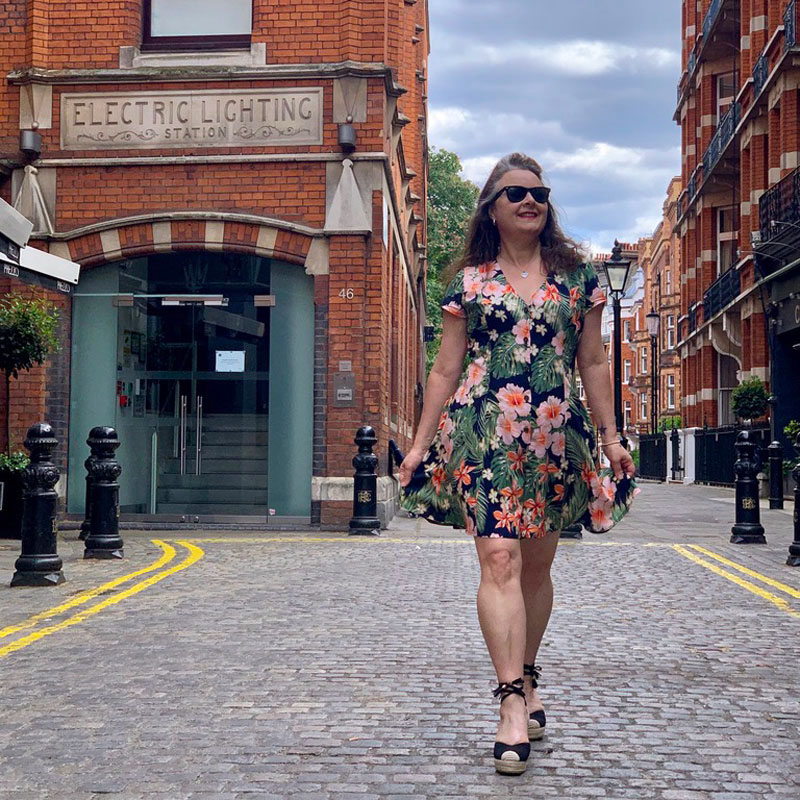 I feel all ‘holiday’ in this one, ditching the Docs for a pair of espadrilles. Believe it or not, I’ve never owned a pair owing to my fat feet and inability to squeeze my toots into them. But Asos have a wide-fitting shoe section and I thought I’d give them a shot. Mostly very happy, especially with the fit. I just have to learn to walk in them and keep my heels from lifting out. Any tips? 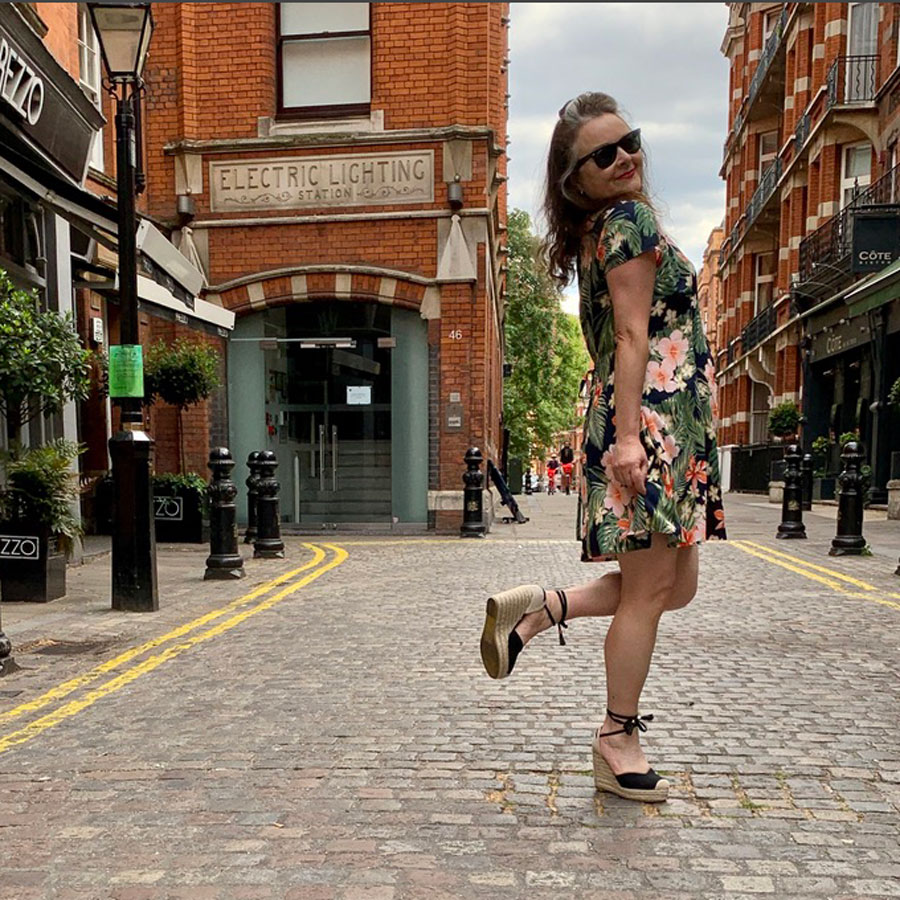 Despite having a mahoosive collection of salvaged and inherited buttons, I still couldn’t muster up five that were just right, so I bought from a seller on Ebay Number-Sixty – who have a huge selection of buttons at very reasonable prices. You can’t really see from the photo but they are olive green with subtle swirls and following the last episode of The Great British Sewing Bee, I was totally inspired by one of the contestants, Nicole,  to sew them on with a pop of contrasting orange thread.

There was one little tip I forgot to share last time which is so helpful. The instructions advise to stitch in the ditch on top of the shoulder seams and centre back seam to secure the facing piece down. I can’t believe up until now I have been painstakingly handstitching the facing to the seams. This advice will be carried through to all my projects where applicable. It’s so much more effective. And quicker!

I really do love this pattern – the ease at which it sews up right through to finished romper suit. It truly is so much fun to wear. So much so that I can’t wait for my next order of fabric to arrive so I can make my next one. Haha… I make no apologies. It really is that good! 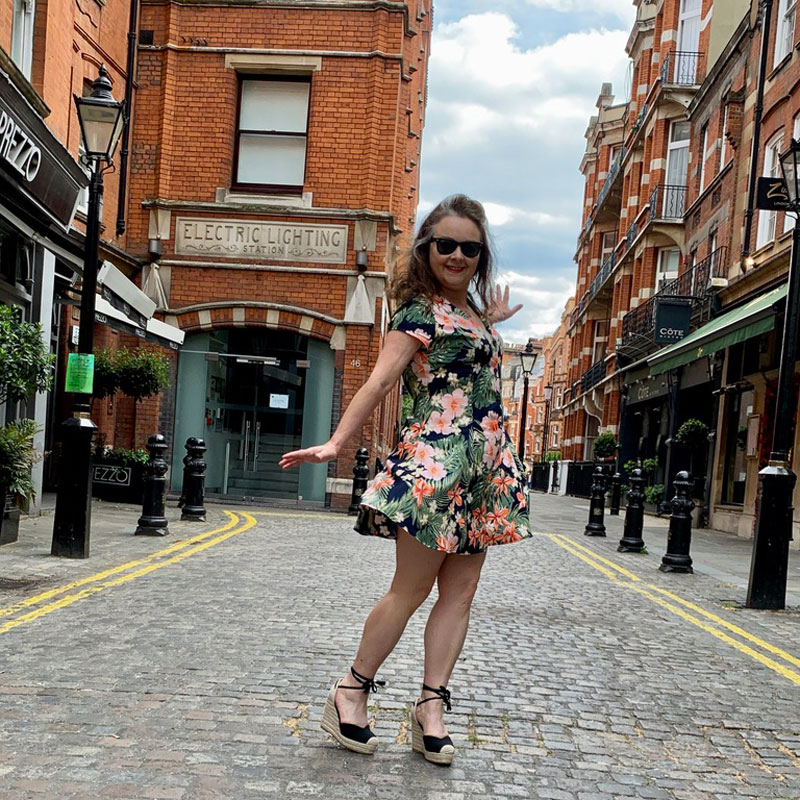